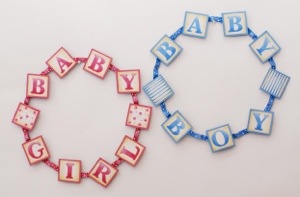 I’d like to ask how many expectant couples out there have decided to know their baby’s gender right away, and how many are willing to wait until the day the baby comes out. Ultimately, it is really up to the couple (well, it’s really up to me, the wife, coz whatever the pregnant wife says, the husband should follow :p) if they want to know the baby’s gender early on or if they want to wait for the BIG surprise. But I’m still contemplating on it. Our recent visit to the OB brought exciting update actually. She had scheduled us for another ultrasound (our second ultrasound). We’ll have to get it this mid July, and by that time, we will be able to know if baby Light is a girl or a boy. Hence, my intro blog. I already know the general pros of knowing the gender as soon as possible, and of waiting for the big surprise. Still, I can’t make up my mind about it. Should I know the gender right away??? Is waiting more fulfilling??? Delayed gratification and all that.

A part of me wants to know as early as possible because I know it will be more exciting preparing for the baby’s debut. I will be able to imagine him or her more clearly. But a part of me also wants to wait, to do it like the old, traditionally time, waiting until I’ve pushed him/her out and surprise us. I know it’s really not as important of a decision as dealing with the baby’s health for example, but i believe it’s still one of those dilemmas expecting couples think about.